Green Screen evolution?  With cameras and computers everywhere in our modern world. So it’s easy to forget that the very first motion pictures were, themselves, essentially a special effect. 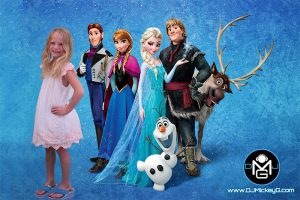 It’s here at the beginning of filmmaking that we’ll start our journey. The close of the 19th century with one of the world’s first prolific filmmakers – a man
who spent his life studying the art of illusion – Georges Méliès.

Also in his 1898 film, four Heads Are Better Than One, Méliès employs a visual trick that is the rudimentary beginnings of what we now think of as green screen compositing.

Since film grew up in the 1900s and 1910s more techniques for augmenting sets.  And creating false realities would be developed. The Glass shot was a technique of painting elements on a piece of glass and placing that glass between the subject and the camera – a sort of real world compositing which was refined by early filmmaker Norman Dawn, using it to augment sets making them look much bigger and more elaborate without the costs of construction.

I have consciously avoided the term “chroma key” as historically the term applied only to video systems only. That’s not the case anymore. In rudimentary video mixers, a keyer was a mathematical process that would make a range of colors in a video signal and make it transparent. This is, of course, a common effect that television newsrooms all over would use weather map special effects.

Blue as a screen color was still predominate. But green started to take over as films began getting the digital post production treatment in the late nineties. Why Green? Basically Green was easier and cheaper to light than blue, green registers brighter on electronic displays, worked well for outdoor keys (where the blue screen might match the sky) and the bold green color was less common in costumes than blue is.